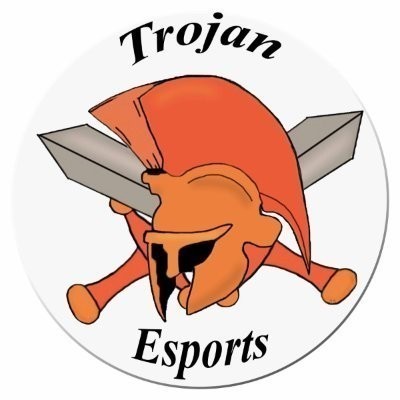 On Saturday, Feb. 12th, the FHS Esports Team played their final, regular season, Rocket League match.  The season started in December and lasted seven weeks.  Due to some breaks in the school calendar and rescheduling from opposing schools, the team had to play their final match yesterday to complete the season.

Their season started off with a huge test.  The defending state champions from Linn-Mar took the victory from Fairfield in week 1.  Team felt they played them much better than last year when they faced them.  The team felt that they could have defeated them, but not all of the circumstances were in place for the first week and there was a little rust that had to be shaken off.

The following five weeks brought five victories against the division and brought the trojans to a record of 5-1.  The final vicotry in this stretch came from a very tough team in Kennedy High School.  Each week is a "best of 5" match.  In this particular match, Kennedy pushed Fairfield to four games.  Three of these games went to sudden death overtime.  Fairfield pulled out the win for the day 3-1.

The next and final week was a scheduled bye week for the league.  This gave an extra week for practice before playoffs or to make up games that could not be completed during the previous seven week.  Fairfield had two matches that had to be played.  With the standings as they were, in order to make the playoffs, FHS would have to win both matches, and Linn-Mar would have to lose their last match.  If this occured, then Fairfield would enter the playoffs as the #1 team from our division.  If Linn-Mar pulled off a win in their last game, then the best that Fairfield could do by winning out is to force a 3-way tie for first place at 6-1, and would miss the playoffs based on the tie-breaker rules.

On Wednesday night, Linn-Mar won their match and stole the chance for the playoffs from the trojans.  Fairfield still had pride to play for.  Their match on Thursday ended up with a 3-0 victory over Prince of Peace Catholic, leaving the chance for first place in limbo based on their match against undefeated Wapello.  Fairfield, Wapello and Linn-Mar were three of the four teams in the state semi-final match last year, and this year all three met in divisional play.

On Saturday, Fairfield played well and hung tight with Wapello, but fell in the end 0-3.  It was an exciting day and an exciting season.  The coaches and club are proud of the efforts and the season.  Even though the regular season my be complete, that doesn't mean that this team is done.  There are plans to help train for people that will be playing at the face-to-face state tournament at the beginning of March.  Then the team is planning to participate in a face-to-face tournament in Des Moines in April at the annual ITEC conference.

Looking to the future, the team was playing with five juniors and a sophomore.  There is another year in each of these players, and room for others on the roster that want to play and learn.  We need to train the future athletes.  If you are interested, please contact John Grunwald for more information.