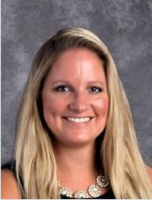 Building positive relationships with students and helping them succeed has always been Laura's passion. In education, she has the opportunity to do this every day. Laura was born and raised outside of Fairfield, IA on a farm. She graduated from Fairfield High School in 2003 and attended Central College in Pella, IA. While at Central, Laura played volleyball her first year and softball for four years. She graduated with a bachelor of arts degree in Social Science. After graduating, Laura moved to High Point, North Carolina and had the opportunity to teach at Hanes Magnet School in Winston-Salem, North Carolina. She taught social studies to 6th and 7th grade students and coached volleyball. While working, she completed her master's degree in Educational Leadership from the University of Iowa. After three years, Laura moved back to Fairfield, IA and taught one year of U.S. History, American Themes, Psychology, and Sociology at FHS. She has been the principal at the Fairfield Middle School since 2011. She is passionate about helping students be successful and valued. 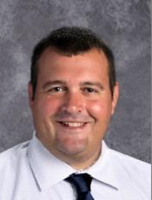 Matt grew up in Rockford, Iowa, which is a small town in north central Iowa between Charles City and Mason City. He grew up in an active family and had a wide variety of jobs growing up.

Matt graduated from Rockford Senior High in 1997, and went on to Central College in Pella, Iowa. He participated in football and received a Bachelor of Arts degree in 2001. Following graduation, his first teaching job was at Twin Cedars Community School District in Bussey, Iowa. This opportunity offered him many different teaching and coaching assignments, including K-12 PE, 9th and 10th grade Health, and Driver's Education. Matt also gained experience coaching football, track, softball, and weight training at Twin Cedars.

Matt graduated from Iowa State University with a Master's Degree in Educational Leadership in 2008. Matt taught PE at FMS from 2008-2010 and moved into the FMS Associate Principal position in 2010.

Matt is married to Angela, and they have three children who are students in the Fairfield Community School District.

Matt enjoys volunteer coaching in the Fairfield Youth Football League and coaching his children in t-ball and softball.